Can Enough Ever Be Enough? Bonfire of the Vanities

July 21, 2018 / johnnyquest / Comments Off on Can Enough Ever Be Enough? Bonfire of the Vanities

Evolution is my gig – the biggest picture of the evolution of humanity and human consciousness. That’s why I’m here certainly, and I believe it’s why we’re all here.

The past one hundred years or more has been marked by enormous change, some good, some bad, some minor, some fundamental. I think the biggest evolutionary change over this period has been that of gender. Women’s roles in society have fundamentally changed as women have begun to claim their full birthright as human beings, and men have been dragged and pushed into changing as well. The role of gender in humanity was in need of a wake up, and we have seen that and this will continue.

Of course both women and men have both male and female aspects within them, as Jung clearly demonstrated. The changing roles of gender in our society makes this much easier to see within us and I have no doubt these evolutionary trends will continue. We have been a society dominated largely dominated by values associated with the masculine and that was and is unsustainable and profoundly imbalanced. This was likely a necessary and inevitable stage in our evolution, but we are moving on as evolution demands. These changes in the perception and understanding of gender are entirely healthy, although it will continue to be messy.

So this evolution of the masculine and the feminine will continue in interesting and complex ways. I see another great trend in our evolution on the horizon and I think that Trump is a harbinger of this. And this is the role of money, the economy and work in the world.

I was reminded of this by an article in The Guardian – Generation Wealth: How the Modern World Fell in Love with Money. 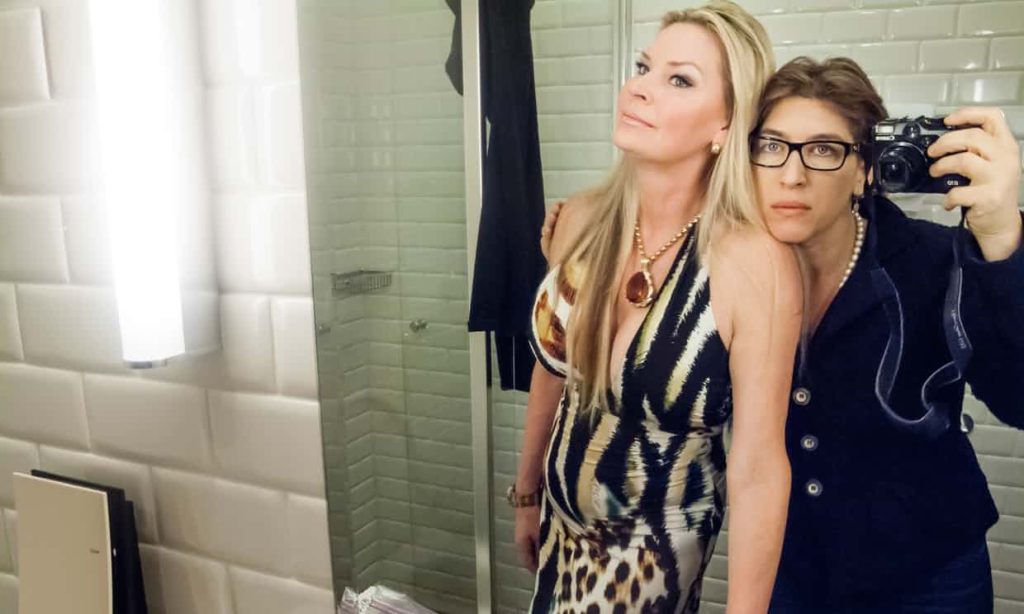 Lauren Greenfield, a documentary filmmaker and photographer, explored the world of the super-rich and the insatiable desire for more and more. She has published a coffee table book documenting her photographs with commentary. She sees that, beginning in the 80’s, more and more people are worshiping the god of money and extravagance. She describes mind-boggling displays of conspicuous consumption, including go-go dancers hired for the coming of age of a 13 year old at his bar mitvah. She documents the madness that so many of us have embraced, because, yes, we cannot smugly sit back and tut tut the excesses of the mega-rich who own a dozen mansions around the world. Facing the reality of the enormous disparity in wealth , that is only accelerating, and seems to be celebrated by the Trump presidency, cannot deteriorate into a moral side-show. We cannot use this to soothe ourselves that we are superior to such people.

The book, and the documentary movie to follow, must be part of the call to all humanity that we must face the real issues of wealth, poverty, work, and the economy. Many of the people  Greenfield follow are not particularly self-aware. The time period of the book includes the financial meltdown of 2008 and many of the super rich lost a great deal, although many seem to have recovered. In one case, a poor down on his luck captain of wealth is forced to fly on a commercial plane with his family. His daughter asks, “Mommy, what are all these people doing on our plane?”

The rich are getting richer and the mega-rich are demonstrating the accelerating benefit of even more money. Clearly the path we are on is unsustainable and any such trend will not continue. Apparently some of these enormously wealthy people are starting to wonder at what point the rest of the world rises up against them in some way. We have a lot of work to do on our society, and as always, that begins within each one us. As much as I detest politics in general, there is no doubt that our society and the entire world are going to have to begin to address these issues, in a sincere and meaningful way.

In writing this, I am reminded of the wonderful book, The Bonfire of the Vanities , later a movie, by the  seminal journalist and writer, Tom Wolfe, who recently died. His work explored some great periods of disruption and triumph in our modern age. The book was published in 1987 and documented the personal excesses of the rich in New York in the 80’s, which again, Greenfield identifies, I think quite rightly, with the genesis of the current unbridled worship of money and status. Certainly that has been with us since the beginning of time, but as with the domination of Eros by Logos, it is the profound imbalance that is so important to recognize. Wealth and its accumulation are increasingly disconnected from any other human values. No longer do many of the rich and powerful feel any sense of noblesse oblige . I don’t see many Russian oligarchs or Wall Street mavens contributing to society or culture as Andrew Carnegie did. There are certainly some exceptions, but so much our age seems determined to be largely uncontaminated by deeper concerns and reflections – no where do we find this more starkly demonstrated than by Donald Trump.

The economy and the distribution of wealth must be examined and changed in the most basic ways. And yes, wealth is often “distributed”. In one of Kurt Vonnegut‘s novels, a character tells his son that somewhere, sometime, a great deal of money will exchange hands and his advice was to get yourself in the middle of that. So many of the rich have taken this to heart and do not add any real value to humanity. I have no idea how this new system, that will really serve all of humanity, can be organized and I am absolutely convinced that no one else does now either. I will only say that none of the “ism’s” of the past will be sufficient. To argue for or against anarcho-capitalism, crony-capitalism, free enterprise capitalism, communism, socialism, klepto-statism, the middle way-ism is to fight the last war and cannot succeed.

We will not survive on the path we are on, yet I am confident we will survive. I have no doubt our journey will be exceedingly tortuous.

Does Philosophical Thought Have to be Difficult?

Theme by Anders Noren — Up ↑